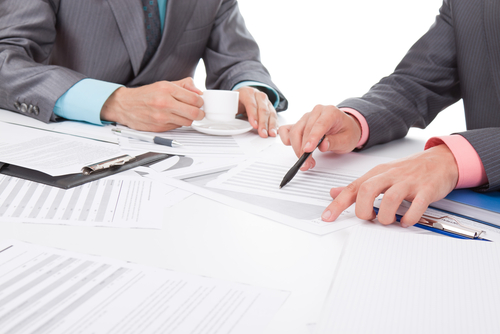 At the moment, interest rates are historically low and the fixed rate mortgages available are really quite good.

Although many banks are pushing for fixed rates at the moment, as they can earn good money on this expectedly for the next few years, there are also other products available on the market. One of them is a variable mortgage, which essentially is just a mortgage that varies with the quoted index, but one of the other options is called a mixed rate mortgage. The majority of these mortgages fix the rate e.g. for 5 years and then automatically converts into a variable mortgage for the rest of the term.

This is, in my opinion, the worst possible type of mortgage available at the moment, and although no one can predict the future (me included) let me try to explain why I have this conviction below.

If you look at EURIBOR (the European Interbank Offered Rate) today it is -0.095 (as per the monthly EURIBOR of January 2017). EURIBOR is also the most used index in variable mortgages and normally a variable mortgage will consist of a differential, e.g. 1.2%, + EURIBOR. This means that at the moment most banks will apply a minimum of 0, which essentially means that most (not all) banks will not actually give you the benefit of the negative EURIBOR, they will simply apply EURIBOR at 0 and then add your differential. So in the case of a variable mortgage with EURIBOR + 1.2%, the effective rate would be 1.2%.

In other words, for the majority of variable mortgages, the so called “minimum” is close to or has been reached. The experts say, think and predict different things, but if we assume (for the sake of the argument) that the EURIBOR is likely to go up in the future (and I don’t believe this is an unfair assumption), then a variable loan will only be good for a limited amount of time – as long as the EURIBOR stays low, basically. Let’s say that this is the case for the next 5 years for example.

Thus, if you fix the rate at 2.5% for the next 5 years and then automatically convert into a variable loan, you’ll have missed the advantage of the market on its current low and you’ll potentially start paying a variable rate when the interest rate goes up again.

Summing up, I recommend to always think carefully about which type of mortgage to get and depending on your situation, either a variable or a fixed rate mortgage will be a good idea. A mixed option with e.g. 5 years fixed and then variable is an option that should be considered with great care before entering into. And if in doubt, it is always recommendable to contact a professional like Spectrum International Mortgages.