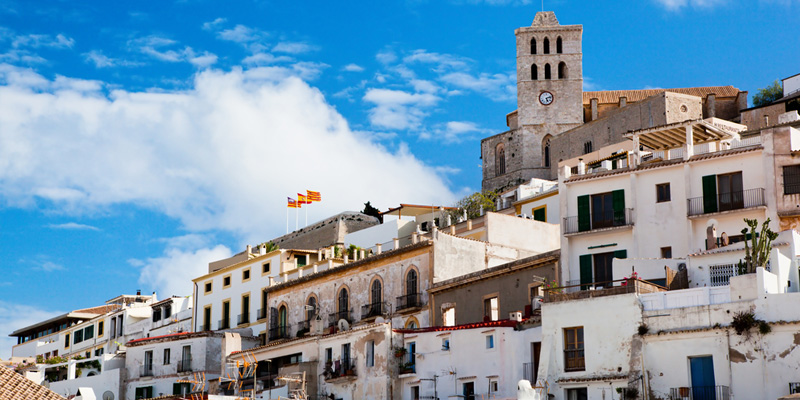 The matter of holiday homes on the islands has always been a controversial one. This latest move and escalation in efforts to crack down on home-sharing sites such as Airbnb by city councils or local authorities in Spain, is triggered in part by lobbying from the hotel industry, which sees the rental service as unfair competition.

Politicians from opposing sides of the table have been debating this subject for years, perhaps one of the reasons why the current law has many grey areas that leave property owners in a quandary as to whether they can or cannot rent out their property.

The regional government in the Balearic Islands really wants to stop flats being rented out to holidaymakers, claiming the practise is destroying town centres and driving up prices for locals and seasonal workers.

On 8 August, the Balearic Parliament approved Law 6/2017, which will activate new rules established by the government.

This means that from the beginning of August, local authorities could take legal action against landlords and rental groups or agencies who are not complying with the new law.

And they mean business. The authorities have employed a team of inspectors to seek out apartment owners breaking the rules – and has set up an online reporting system so neighbours can report the practice. Apartment owners could have been fined up to 40,000€ if they were caught renting out their properties to tourists.

But it’s not all bad news…..If a property owner has an existing rental or tourism licence, this will remain valid, regardless of whether you are resident or non-resident. So, business as usual for the lucky few.
Going forward, this bill sets a one-year moratorium on issuing ALL new rental licences (Declaraciones Responsables de Inicio de Actividad Turística (DRIATS)) for both detached properties and tenements within a district.

Until this latest amendment in the rules, holiday rentals were limited to detached and semi-detached houses. Holiday rental apartments were able to use a loophole in the ‘Urban Rental Law from 1994’ (LAU) to allow for short-term renting, thus avoiding the strict requirements under the current laws.

Among other measures, the new law now states that the rental period can only be up to 60 days a year. With another sucker punch added for good measure, authorities have said licence applications have been frozen for the next 12 months until the local governments decide which areas holiday rentals will be permitted.
The intention behind the new decree is to amend the current Law 8/2012 of July 19 Of Tourism of the Balearic Islands so that the following objectives can be achieved:
• Avoid tourist saturation
• Regulate tourist rentals in multi-family buildings
• Guarantee access to housing for locals/residents and solve the problem of reduced supply of rental apartments for residents as well as the increase in the cost of rents

There is however one new amendment that looks at the landlord staying in the property while renting it. But, this needs to be his/her habitual residency. In other words, you must be resident in the Balearics to rent out your property as a holiday home under this new rule. There is logic behind this rule – non-resident property investors might not see it this way, but it’s been developed to allow locals, who apparently are struggling to meet their mortgage repayments. This will hopefully aid the property owner to make a supplementary income renting out their properties to tourists for a maximum of 60 days within a calendar year. But, the owners must have a rental licence issued by the local consell, and the property must be in a specific zone.

This new law introduces an overall capped quantity of available beds (currently 623k) with each island being assigned a quota. This figure is planned to be reduced gradually over the next few years by as much as 100k. No new rental licences will be issued over the next year until the touristic planning zones are finalised by the individual consells. Once a licence is issued, if you are the ‘chosen one’, you still have to re-apply for renewal after five years, and this will not be automatic…

However, there are some positive angles! If you’d like to know more contact Spectrum International Mortgages here…